Bringing Home a Coin Collection in 1953, Part I 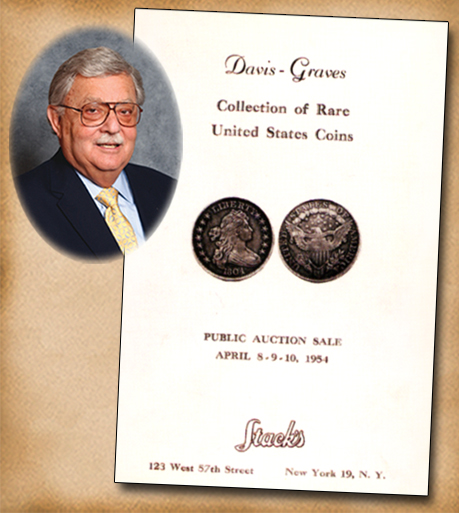 In 1953 many interesting and exciting things occurred as I was working for Stack’s in New York. I had become a full time member of the firm in 1947, after having spent at least 10 years doing part time chores at our famous coin shop, then located on West 46th Street in New York, just a few steps away from Fifth Avenue. Those chores included stocking shelves, cleaning counters, writing envelopes, sweeping and vacuuming, packing packages and going to the Post Office. I learned about he business from the “ground up,” and every day was a “learning day.”

Stack’s was a clubhouse that collectors visited on a regular basis to see what was new, what was coming up in auctions and to meet with the other collectors who were there. Nowhere else could I have gotten the exposure needed to learn about numismatics from these collectors and dealers, the famous numismatic forefathers who visited and shared information and knowledge in the warm atmosphere of Stack’s.

By 1953 I had been involved with moving Stack’s from our West 46th Street location to West 57th Street, a fine uptown location where we still are today, with neighbors who include Carnegie Hall, Steinway Hall, the Producers Building, the Russian Tea Room and Tiffany’s to mention a few.

Along with a staff of well-known numismatists, Stack’s at the time could boast five Stack family members working there at the beginning of the 1950s — Uncle Joe (J.B. to his close friends) and my father, Morton, were the seniors. My cousins Norman and Ben and I were the junior staff members. We all learned together. In early 1952 Norman was drafted into the army and Ben decided to try his luck as a coin dealer in Las Vegas. So I was was the only “junior” left to help the seniors, along with our staff of catalogers and salespeople. A lot of extra chores fell to me and I had to learn quickly. If something special needed doing, I was elected to do it.

Early in 1953, around the same time as our move to 57th Street, J.B. went up to New England and saw a magnificent collection. On the same trip he saw a number collectors and spent over a week traveling. He came home and told us about the wonderful collection he saw in Massachusetts and how much he would love to get it. This collection was later known as the fabulous Davis-Graves Collection.

Around the same time, my father and J.B. were called to a bank in northern Connecticut to see another outstanding cabinet. After working with the banker who was the trustee and executor, a deal was struck and this became known as the landmark Anderson-Dupont Collection. As work began on this collection, Stack’s received word that our bid for the Davis-Graves Collection had been accepted and that we were to pick up the collection in a few days. My uncle wasn’t feeling up to traveling and my dad had obligations at the shop so I was elected to go to Massachusetts, pack the collection, and get it home as fast as I could.