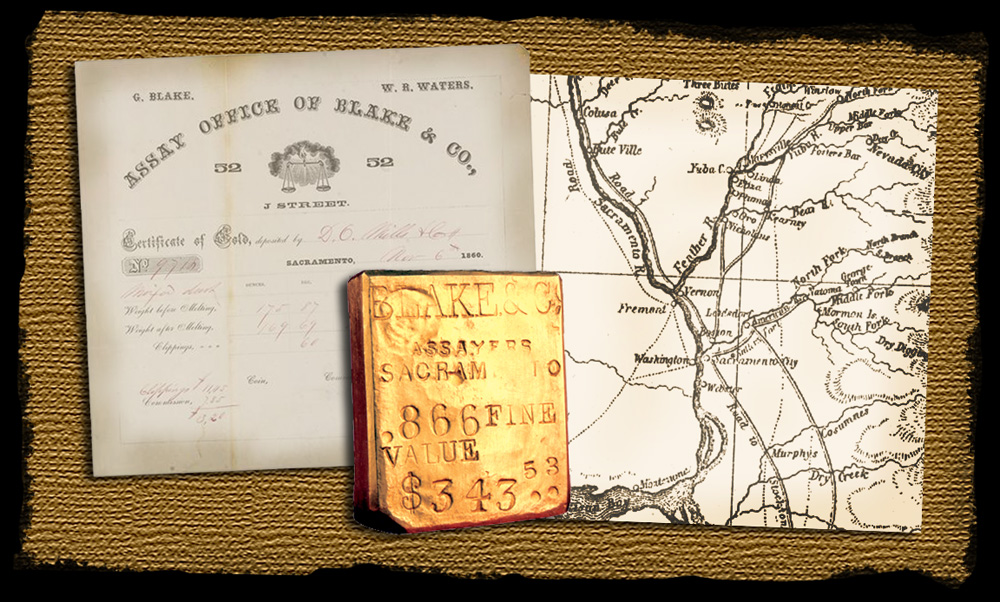 by Stack's Bowers Galleries
Answers for the Avid Collector
Question: My grandfather recently gave me a gold coin that he says is 100% genuine, because he has owned it since the 1960s, long before people made counterfeits. It is a $20 gold piece of Blake & Co. from California with the date 1855. It has a big machine on it that looks like an anvil with a screw at the top. My friend said it could be worth thousands of dollars. –L.M.

Answer:The coin in question, a $20 gold issue from Blake & Co. in California, is one of the most frequently encountered “fakes” in all of numismatics. I have seen many dozens of them over the years and every single one that has been brought to my attention has been a fake. The “big machine” is actually an old-fashioned, hand-operated coin press. For the record, as long as there have been coins, since ancient times, there have been fakes, as there is never any shortage of people who want to take advantage of others. Curiously, you grandfather picked up his coin in the 1960s, an era when fakes of all kinds and types were made in great abundance.

To be fair, not all fake coins were made to deceive; many were made simply as souvenirs for resale in gift shops and roadside attractions. The best way to be certain if your coin is genuine would be to take it to a local coin dealer. If none are locally available, you can try a jeweler. Either should be able to tell you if the coin is solid gold (90% pure for U.S. Coins, a little less pure for the California issues of the Gold Rush era). Typically, fake pieces are lead with a light golden (not necessarily gold) coating, and often they bend because of the nature of the metal — gold will not bend easily, whereas lead will. If the coin in question should turn out to be real gold, it has the potential to be worth a considerable amount of money, so be careful and be sure to check out any offers you might receive.