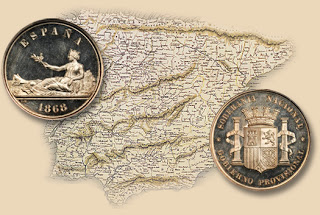 In the late 1850s the hobby of coin collecting became wildly popular. This time line, from Dave Bowers’ popular book, The Expert’s Guide to Collecting and Investing in Rare Coins, sets the scene for all of the activity:

The Mint Act of February 21, 1857, eliminated the copper half cent and cent, and provided for a new, small cent of 88 grains weight, made of copper-nickel alloy. The new Flying Eagle cents were struck in large quantities (amounting to 7,450,000 for the entire 1857 year). They were initially distributed on May 25th. • On the same day, Mint Director James Ross Snowden wrote to Secretary of the Treasury James Guthrie: ‘The demand for them is enormous.… We had on hand this morning $30,000 worth that is 3,000,000 pieces. Nearly all of this amount will be paid out today. The coinage will go forward, however, at the rate of 100,000 or more pieces per day and the demand will be met as well as we can.’

The Historical Magazine was launched in January and went on to include many articles about coins, including, in August, the first installment of ‘The First Coinage of America,’ by Jeremiah Colburn, who in the same year wrote articles about old copper cents for the Boston Evening Transcript. In New York City, Augustus B. Sage and Charles I. Bushnell engaged in a lively debate about rare coins in the pages of the New-York Dispatch. In the autumn the first issue of Norton’s Literary Letter, mostly about books, but with much information on coins, was welcomed by collectors. • Still, there were no special books for the coin collector, no price lists, and the auction market was extremely quiet.

In the first part of the year the American economy continued to enjoy prosperity, spurred by gold shipments coming from California, profitable speculations in prairie lands, excellent sales for agricultural products and manufactured goods, and the ever-growing railway system. Then, on August 24, 1857, the Ohio Life Insurance & Trust Company failed. With offices in Cincinnati and New York, it had been a big player in loans, credit, and the processing of paper relating to real estate. By then there had been some shivers in the money market, and some were apprehensive concerning seemingly unwise investments, but little was said. On the same day the Mechanics Banking Association suspended specie payments. Fear spread, and those holding stocks and investment paper rushed to cash it in at current rates, but found few buyers. Within days, several stock brokers and money dealers failed. This was disturbing but exciting news, and papers in major cities lost no time printing ‘scare’ headlines, which sold more papers, but also helped spread fear. In a domino effect, one failure created another, and soon the Panic of 1857 was underway. In October, all of the banks in New York City suspended specie payments, except for the Chemical Bank.

Loss of the S.S. Central America

In the meantime, on September 12, 1857, the S.S. Central America was lost at sea, carrying over a million dollars in gold coins and ingots from San Francisco and several hundred unfortunate passengers. The loss of this bullion increased the economic uncertainty prevailing in the eastern markets. Years later, the shipwreck would be found, and its golden treasures would electrify the coin-collecting world.