The auction of Sydney F. Martin’s remarkable collection of colonial American coinage, medals, tokens, and ephemera is upon us. Syd’s collection will always be known and remembered for its vastness (totaling over 30,000 individual items), its completeness, and its areas of incredible quality. Over the next several years, Stack’s Bowers Galleries is honored to conduct numerous auctions to complete the sale of the Sydney F. Martin Collection. In the upcoming sales, we will see Syd’s incredible holdings be auctioned, which included but are not limited to, Higley Coppers, New Jersey Coppers, Fugio Cents, St. Patrick Coinage, Massachusetts Coppers, Libertas Americana Medals, Rosa Americana Coinage, French Colonial Coinage, Washingtoniana, Connecticut Coppers, and so much more. Enjoy viewing this collection that is unlike any other!

Sydney F. Martin, one of the world’s leading experts on early American coins, passed away in January 2021. Many of us — and many of you — were fortunate enough to know him. Syd was best known in the numismatic community as an advanced collector, president of the American Numismatic Society (ANS) from 2012 to 2020, and the author of four standard references on early American numismatics. All four of his books were published by C4 (the Colonial Coin Collectors Club) and he served as the editor of the C4 Newsletter from 2004 to 2015. The Hibernia Coinage of William Wood was published in 2007, followed by The Rosa Americana Coinage of William Wood in 2011, French Coinages Specifically for Colonial America in 2015, and Saint Patrick Coinage [for Ireland and New Jersey] in 2018. His Numismatic Commemorations of the 200th Birthday of George Washington in 1932 was published posthumously by the ANS in 2021. The American Numismatic Society awarded Syd their highest honor, the Archer M. Huntington Medal, in 2020; he was also an ANS Fellow and a founding member of the Augustus B. Sage Society. He was honored with election to the Rittenhouse Society in 2017. Syd was a life member of the American Numismatic Association and Numismatic Bibliomania Society (the latter of which he also served as a board member) and held membership for many years in Early American Coppers, the Medal Collectors of America, and the Token and Medal Society.

After a youth as an Air Force brat (he was born at Smoky Hill AFB in Kansas), Syd graduated high school in Warsaw, Indiana and attended the Massachusetts Institute of Technology. Syd spent five years at MIT and earned his SB and SM degrees, an engineering background that prepared him for a long and lettered career in the defense and intelligence industries. He founded his own company, Sytex, Inc., in 1988; it grew to employ 3,000 people as The Sytex Group and was acquired by Lockheed Martin in 2005. Syd spent most of his adult life in Doylestown, Pennsylvania and later split time between there and a home in Amelia Island, Florida. He and his wife Sharon raised four children: Daniel, Jessica, James, and Kevin.

Beyond his professional life and the world of numismatics, Syd actively supported local history and art organizations around Bucks County, Pennsylvania, serving as Executive Vice President of the Doylestown Historical Society and Chair of the Michener Museum of Art in Doylestown, as well as on the board of the local Heritage Conservancy. Syd was a leader of the business community as Vice President of the Central Bucks Chamber of Commerce and a leader in the Scouting community too; he was an Eagle Scout and sat on the board of the Washington Crossing Council of the Boy Scouts of America. He was also an advanced collector and expert in the field of pocket watches.

Sharon and Syd’s philanthropy was legendary, around Doylestown, in the numismatic community, and beyond, including a major gift to fund the Philadelphia Prostate Cancer Biome Project at Jefferson Hospital in Philadelphia.

Syd left behind seven grandchildren and innumerable friends, including most of the colonial numismatic community. Though Syd was an esteemed expert and author, he was happy to visit with and learn from anyone who shared a common interest in colonial numismatics. He was as happy at a major auction as he was at a small coin show, enjoying camaraderie and the thrill of the hunt as much as acquiring high dollar rarities. He developed close relationships with many of the field’s leading dealers and collectors, including many of us here at Stack’s Bowers Galleries.

Syd’s collection may be a monument to his expertise, curiosity, and dedication, but it is only a small reflection of the warm, generous, talented, man of integrity that his friends and family knew and loved. 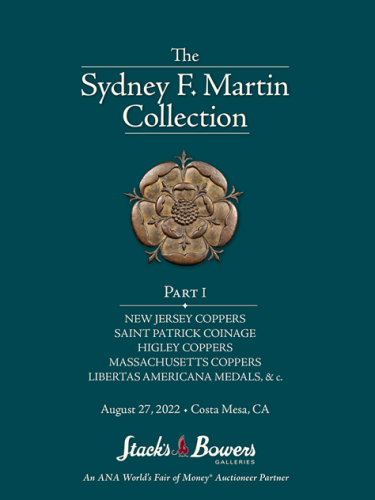 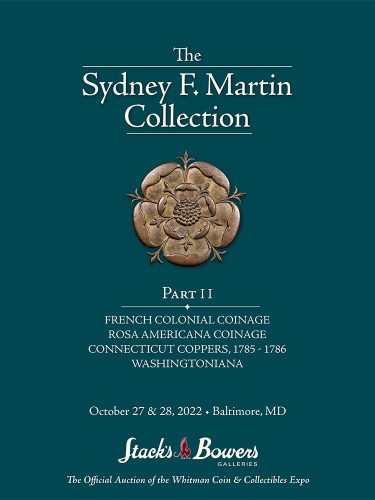 Featured Lots from The Sydney F. Martin Collection, Part I 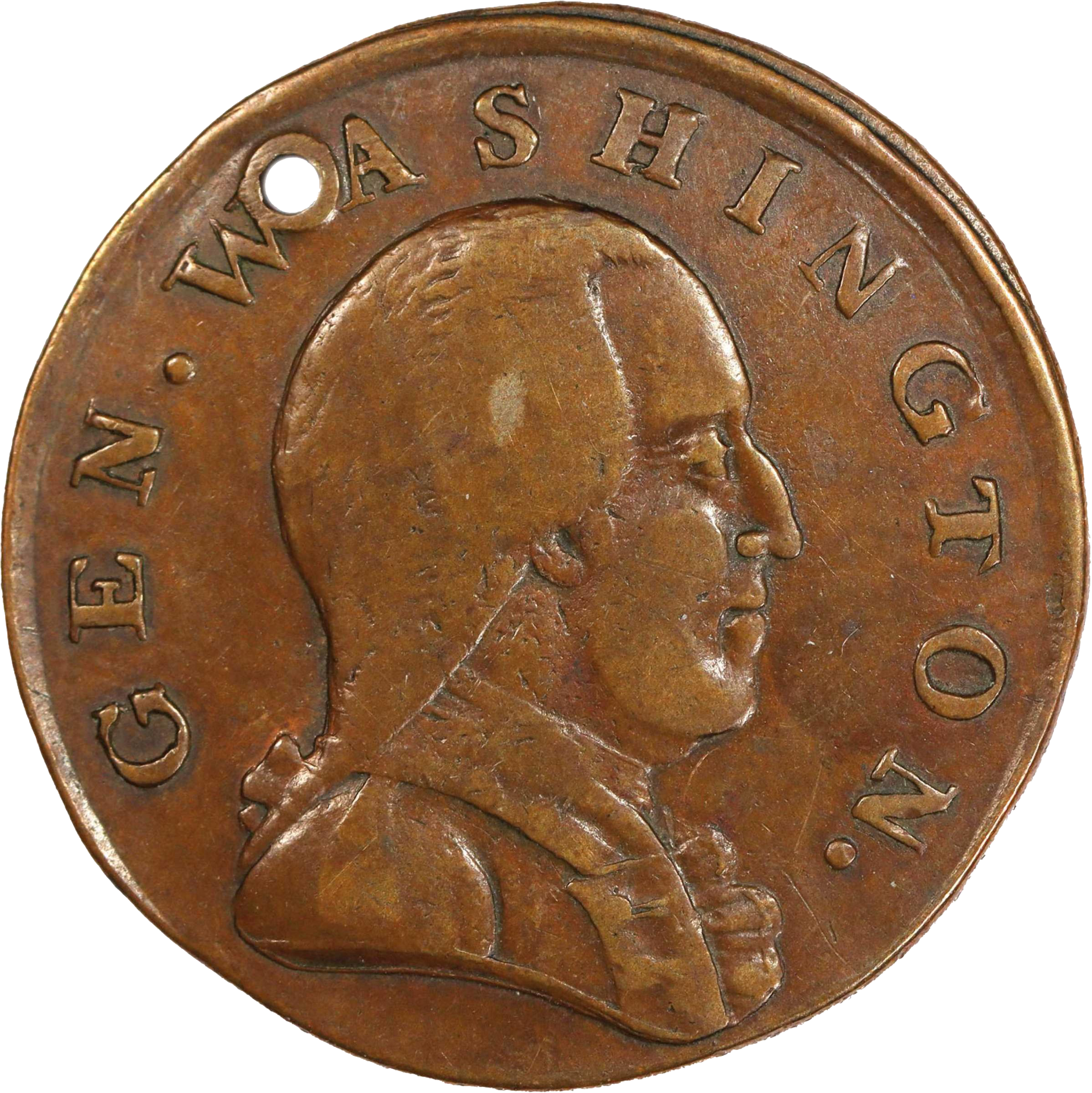 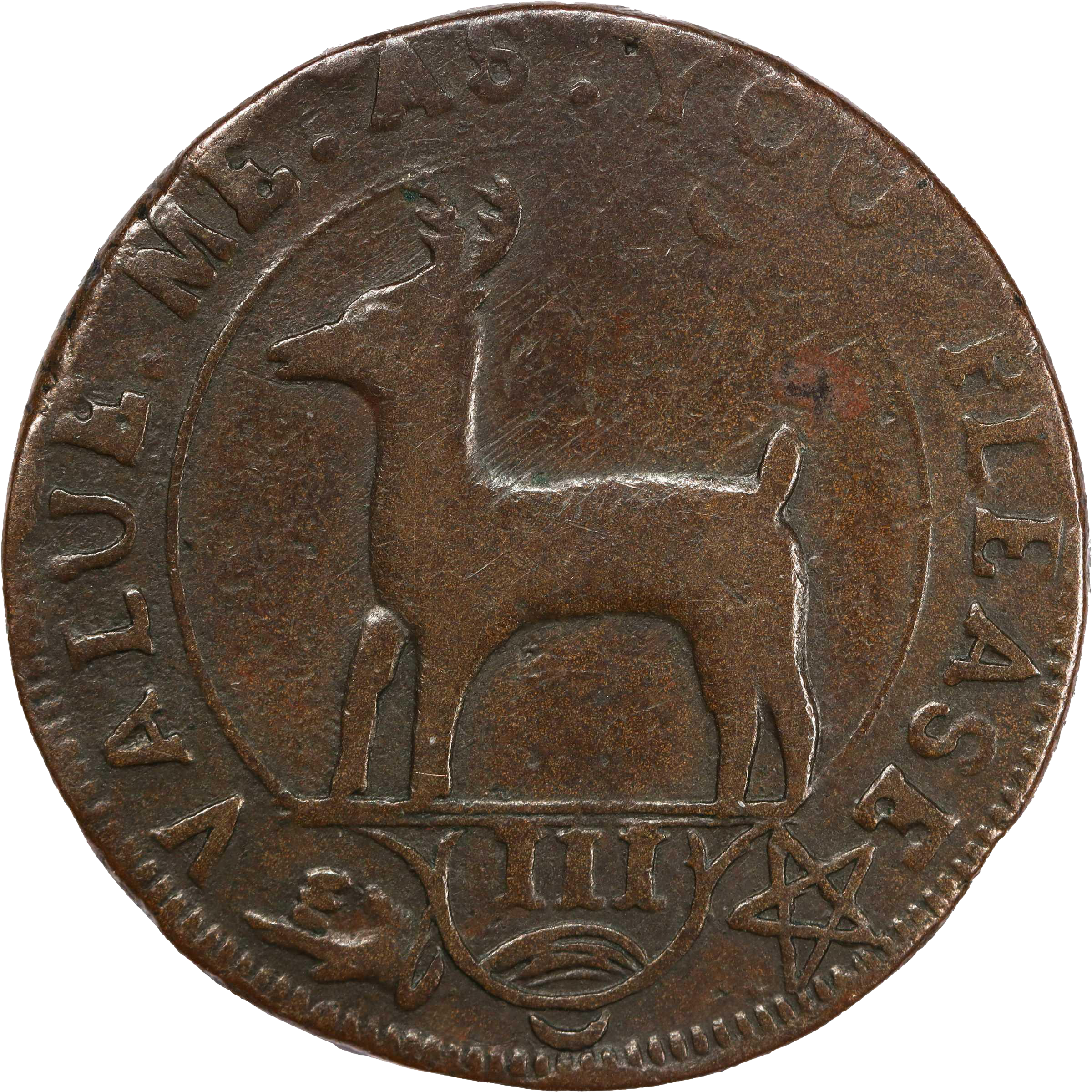 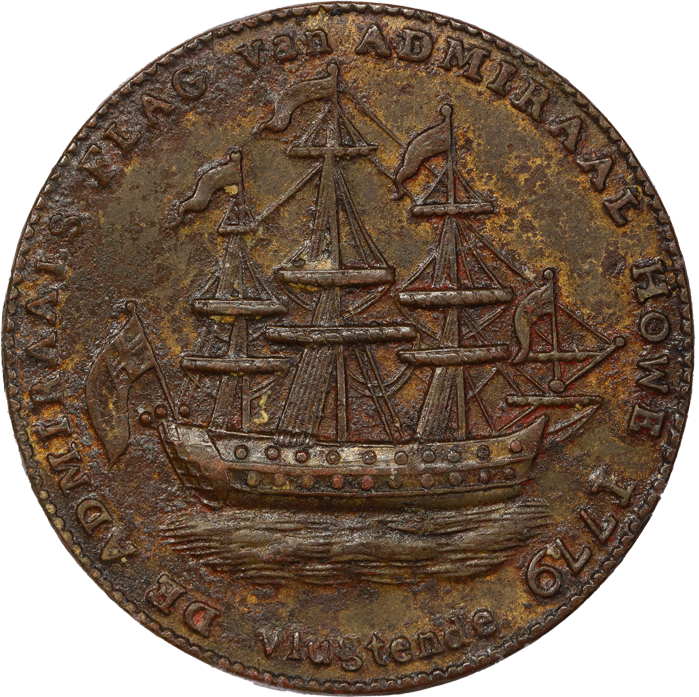 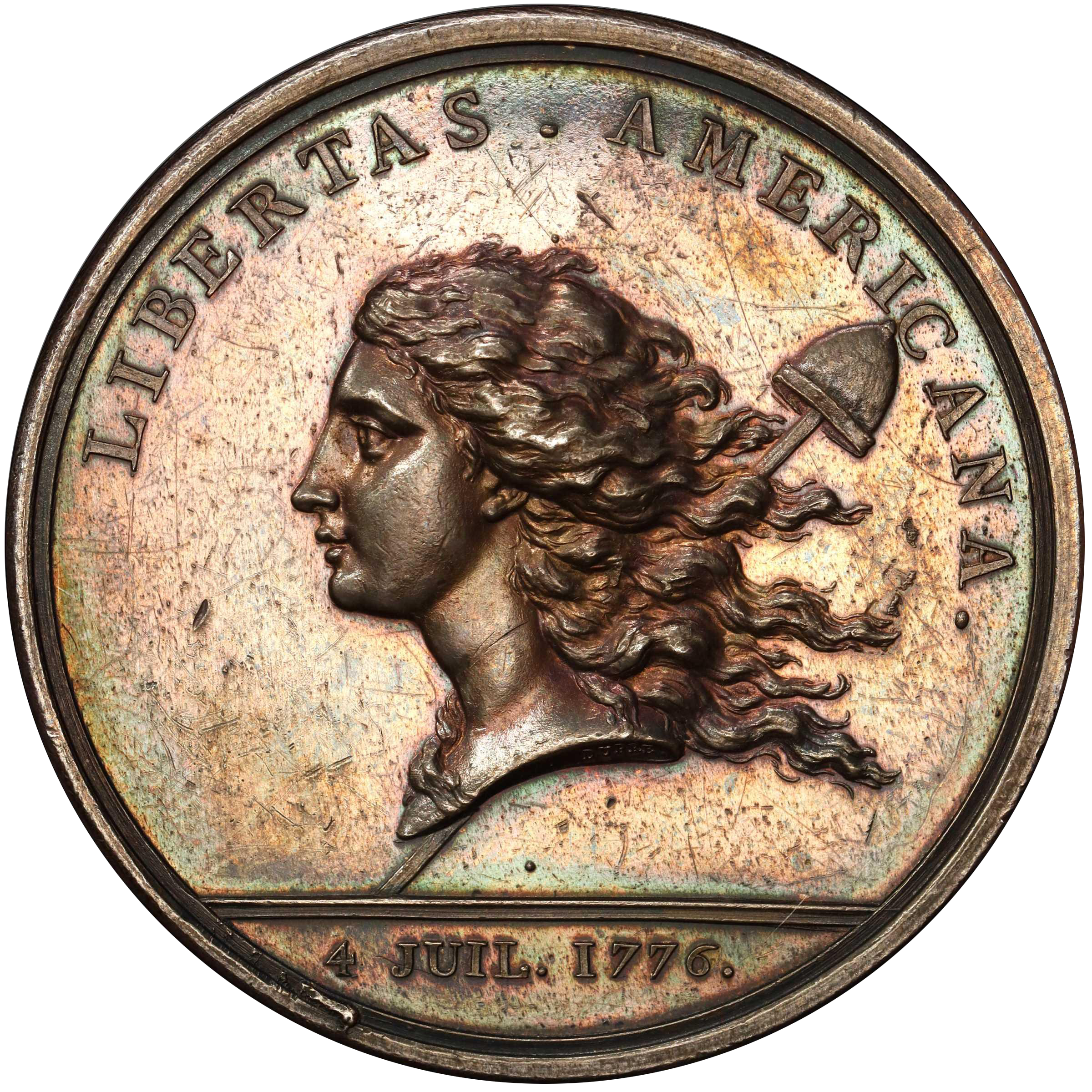 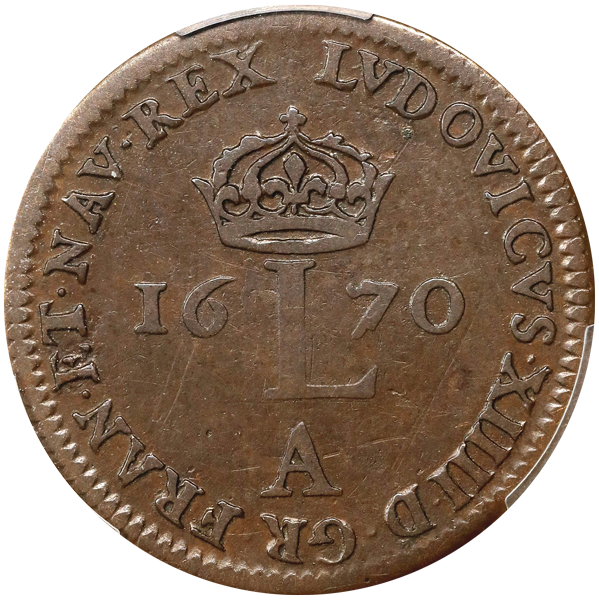 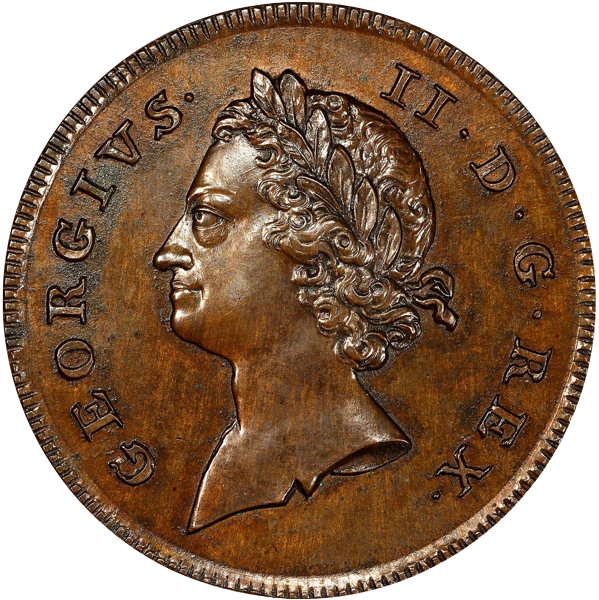 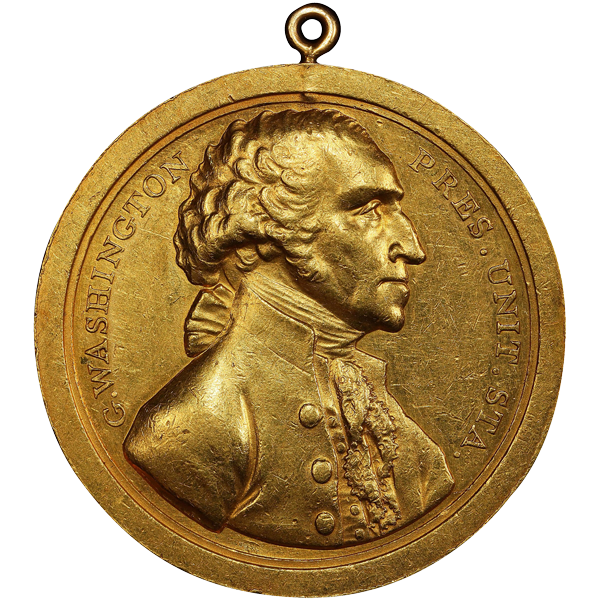 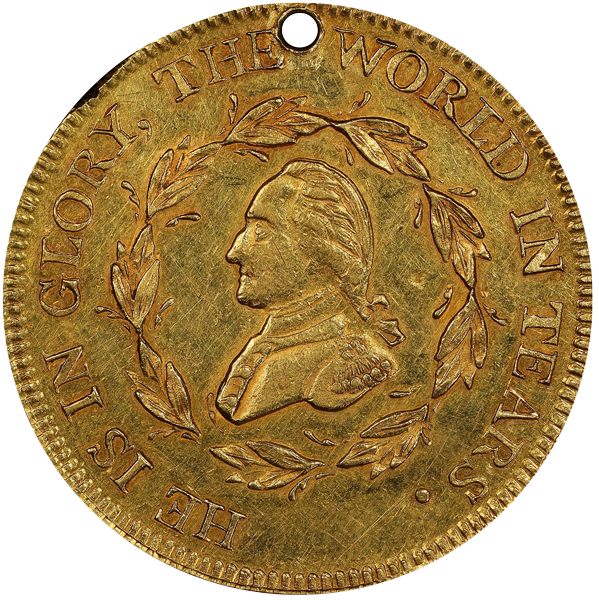